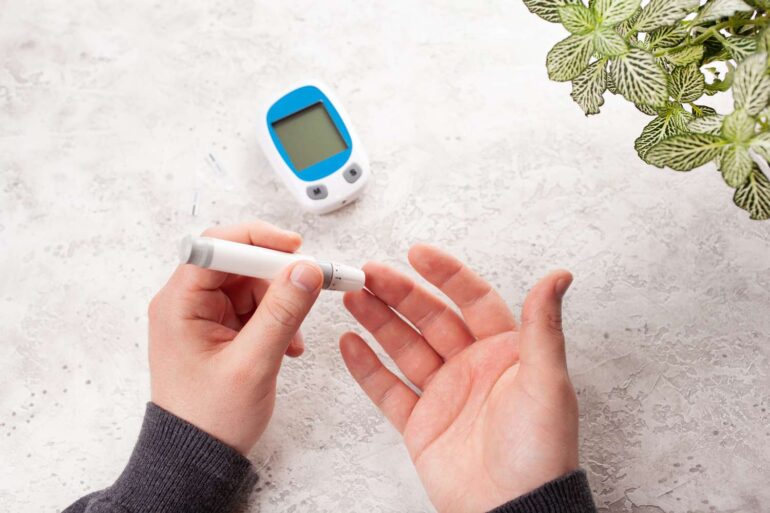 Ketone meters detect the presence or absence of ketone bodies in the blood by measuring ketone concentrations. The liver produces these compounds to help with fat metabolism. However, diabetic ketoacidosis, or DKA, caused by abnormally high levels of ketones in the blood, is a potentially fatal complication for people with diabetes. A blood ketone meter can help monitor ketones in people with type 1 diabetes.

After a fast, one’s blood ketones may be at their highest, even if glucose levels are expected when they wake up. While many people experience a drop in ketones during the day, others find that their levels increase. The results of a daily blood-ketone monitoring device are most reliable when taken simultaneously every day.

In addition to overall dietary intake, exercise and the consumption of lipids high in medium-chain triglycerides, such as coconut oil or MCT oil, may play a role in developing such alterations. An abrupt drop in ketone levels is often seen after eating something that causes one to leave ketosis (often carbs).

When starting a ketogenic diet for the first time, it could take up to four weeks to attain nutritional ketosis, typically described as having a blood concentration of between 0.5 and 3 mmol/L. Even the most seasoned adherents of a low-carb diet may need to experiment with various foods before determining which items are allowed on their diet and which are prohibited.

People with diabetes who require insulin can use a ketone meter to monitor their blood and identify the first symptoms of diabetic ketoacidosis. People who don’t have diabetes but follow the ketogenic diet do so for various reasons. Ketones are not produced by the breakdown of proteins, do not pose any health risks, and do not indicate elevated blood glucose levels for anyone.

By keeping tabs on their blood ketone levels via a ketone meter, people with diabetes can take preventative measures against hospitalization and diabetes-related problems. Before conducting ketone testing at home, consult with your healthcare physician. If one does not already have experience with fingerstick home blood testing due to diabetes, one may need to be shown the proper way to do it.

There are no FDA mandates regarding the usability or accuracy of ketone meters; thus, picking one is entirely up to the user. Following the directions to the letter and retaking the exam if an error is suspected are necessary steps to get reliable results.